“Dino Melaye is a potential HIV carrier, he gave me syphilis” – Nollywood actress 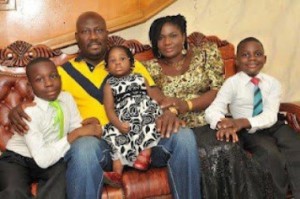 The ‘dirty water’ controversial former Kogi State federal lawmaker, Dino Melaye may have found himself swimming in has taken a new turn. If what we are now getting is anything to go by, then, more troubles await the husband of Tokunbo Melaye.

This is because the ‘activist’ has now been dragged into another controversy, which may be messier than the pregnancy mess he is in with beautiful Yoruba actress, Bisi Ibidapo Obe.

According to what BON reported, an up and coming Yoruba actress has accused the father of three of infecting her with a sexually transmitted disease called Syphilis. She also alleged Dino to be a potential carrier of the dreaded STD called HIV.

BON reported that a budding actress (name withheld) sent a mail to them. A copy of the mail is presented below.

“My name is ——–, I am an upcoming actress and I have featured in over 20 Yoruba films mostly as waka about. Last year, I met one of the big names in the industry who lives in Magodo and she became my friend and we were relating on sister basis. She was very nice to me and she even gave me a role in her movie directed by Muyideen and shot in Omole Estate.

On my birthday last year (2011), she (the big actress) used my picture on her bb (BlackBerry) and Hon. Dino saw it and begged that she hooked us up. She did but told me plain that she was not asking me to date him that the choice was mine.

Hon Dino started wooing me, he will call for long hours and he changed my phone and at one instance gave me N250,000 to change my wardrobe. I asked Hon. Melaye if he was married and he said he was separated as he caught his wife in bed with another man in his matrimonial home.

One thing about Dino is that he hates CD (condom) and the first time we had sex, we argued for over 2hours as I said no to unprotected sex but after some sweet talks, I agreed and we continue like that. It didn’t take long before I started feeling funny and when I told my sister, who was a doctor, she ran some tests on me and told me I had syphilis.

I picked my phone and told Dino. This was the last time he picked my calls and he deleted me from his bbm. If he denies this, I will send you at least 3 of our hotel receipts bearing his name. I am out because I know that there are more greedy girls like me and the rate at which Dino is going, he is a potential HIV carrier. Dino is very smooth and lies come to him easily.

NOTE: The actress asked for her identity to be kept secret.