In an interview with a DNA Expert, he calaimed that three out of ten Nigerian men are not the biological fathers of their children. 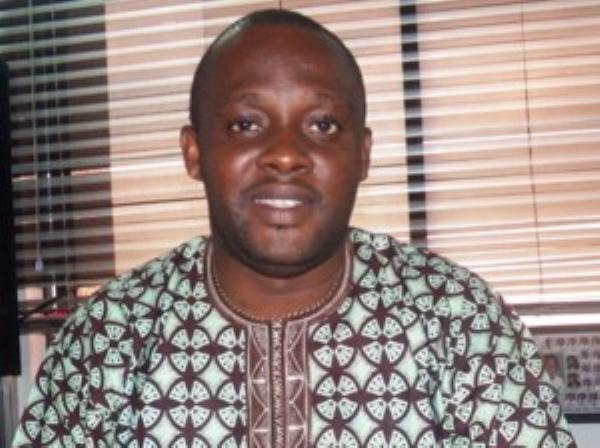 Is paternity testing becoming an issue in Nigeria?

We have seen that there is serious need for it because in many homes things are happening that are scary both to the lives of children and their parents. And for the general statistics that is now available, it is found that three out of every ten men are not the fathers of their babies. Similarly, three out of every ten children are not fathered by men they have seen as their biological fathers. What we have found out is that, anytime we take ten men, at least three of them eventually found that they are not the fathers of the children they call their own. And these men would have taken care of the children for all their lives.

Now, the global statistics is 100, 000 out of every 300, 000 men. But what we have found that is that the situation is higher in Nigeria than other places. For example in our laboratory here, 50 per cent of the cases comes out negative. And we also realised that majority of the first-borns are affected. You only need to be here to see big men cry like little kids and watch children weep in agony. It has been that bad. And I dare say it is becoming something every home must do and you may be quite surprised at the level of dastard revelation.

About thirty per cent of fathers are unknowingly bringing up children who are not biologically theirs. And it is suspected that this percentage may be on the increase due to sexual recklessness. According to recent trends in sexual health, especially in Nigeria, it was suggested that unprotected sex and multiple partners are comparatively common occurrences with a large proportion of conceptions still unplanned. So, more than half, that is, 50 per cent of all paternity tests carried out by our lab comes out negative and the most affected are first-borns, except in a few cases.

Do these cases happen mostly in matrimonial settings or in casual relationships?

In both matrimony and casual affiliations! I tell you, we have had series of married men come here and go back home devastated. In one instance, a man came here with his wife. Out of the five children he thought were his own, he discovered that only two belonged to him. And they are both duly married, living together as husband and wife. You see, the major problem we have in our country is that most of these cases are not duly documented. So, people don’t know we have such issues among us. In fact, some even don’t know where to go for the test to determine their child or children’s paternity. And I tell you, if you go to ten homes as we speak, you will be amazed to find that in almost all of them the children there do not belong to the men. It is that rampant.

If it is that rampant, how would you describe the three years since you started testing men?

Now, the general statistics by the American Association of Blood Banks is that globally, 100, 000 out of 300, 000 men are not the actual fathers of their presumed children. And like I said earlier, the Nigerian situation is even alarming. Also, Duess International, the condom manufacturers, once noted that Nigeria has the most reckless sexual life. So, you can then imagine what the outcome would be like if we say okay, let’s start taking statistics one-by-one.

How many families do you attend to each week?

We test about 15 to 20 families. People come here as a result of various types of controversies over the paternity of certain children. You know, families have come to us with claims that a child neither takes after the mother nor the father in looks and character. So, the man of the house would be curious to ascertain facts. And when they come here with such children, the fears of the fathers have often been affirmed. Fathers usually have the doubts; maybe he has been hearing some rumours, and you know, men are often the last to hear such things about themselves. Until many of them come here to take the test, they have nurtured other men’s children before realising it.

What does it take to do a paternity test?

Technology has made it so easy. It is just like any other deoxyribonucleic acid (DNA) test. In less than two seconds, we take the sample from the man. We use the Helix Swabs like a “big cotton buds” to extract some cells from the man’s mouth. We rub the ‘Swab’ up-and-down the mouth to get some epithelial cells from around the cheek bone. In the nucleus of every cell, there is DNA. Once we collect that, we purify, extract and then multiply it and get the genetic profile which we then send to DNA laboratory abroad for testing.

What happens in situations where DNA samples do not match as we saw with some DANA victims?

So many reasons could be responsible for that. We have had a case in which a boy went to an hospital to claim the body of his deceased dad and on testing him, it was found that he was not fathered by the dead man. The genetic profile of the boy does not match with that of the man he claimed to be his father. And DNAs don’t lie. The medical experts conducting these tests have nothing personal against the people that come to them for testing. Every human being take half of the genetic profile from either parent. Therefore, it is a matter of case closed if the genetic profile of the living does not match with that of the dead man. He is simply not that father