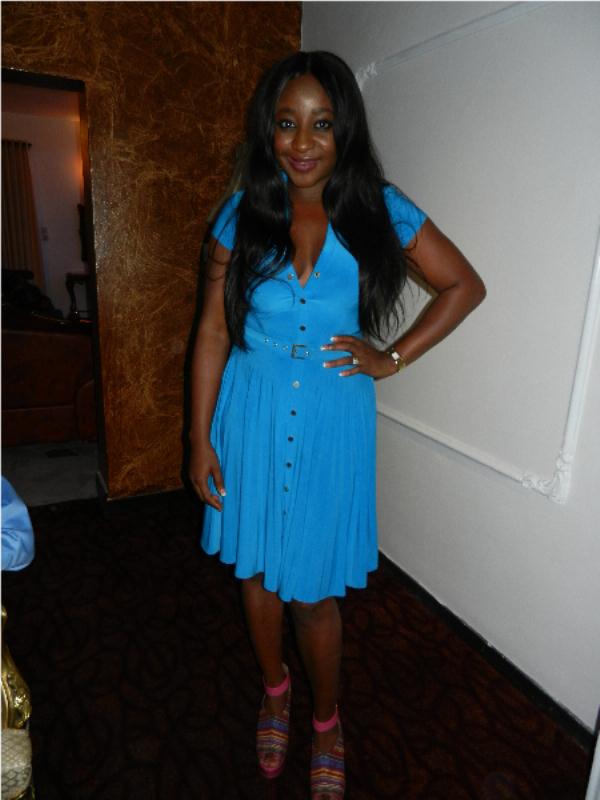 Reports say Nollywood actress, Ini Edo has lost her pregnancy. Ini Edo’s pregnancy recently became a controversial issue when pictures of her taken at events didn’t suggest she was pregnant as her stomach has remained flat hitherto. This has made people wonder if she is still pregnant.

Ini’s pregnancy became more of an issue when Mercy Johnson, who was reported to have been pregnant almost at the same time as Ini, was photographed with a bulging stomach recently.

“Pretty actress, Ini Edo recently suffered a loss. She lost the pregnancy she was carrying for hubby, Philip Ehiagwina. The actress, a few months back, confirmed to an online magazine that she was indeed on a nine month course and ignited the fury of fans who felt she had first denied and then confirmed.

“According to insiders, the actress, who was spotted looking every inch a super star (at the 32nd birthday party of Actress Stephanie O-Linus), also spotted a table flat tummy. ‘If she has not lost the baby, she would be almost ready to bring it to bed by now. Here is wishing her all the best as she tries again.’

The report by Encomium magazine has saddened the heart of her fans of the Nollywood star.

Sources say the Nollywood actress has been declining comments on her pregnancy, but they say she’s obviously unhappy as evident in a recent bust-up with her husband.