Home General News Insecurity: We all have roles to play… and we should play it...
Facebook
Twitter
WhatsApp 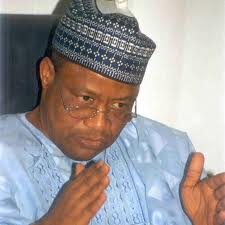 The former military president popularly known as “maradona” General Ibrahim Babangida, has said for the nation to overcome its ongoing security challenges, the Federal Government, states and local governments must be ready to play their roles well.

Babangida made this known when he paid homage to the Niger State governor, Muazu Aliyu, on Sallah at his residence in Tunga, Minna, on Sunday. The former president, who was with General Abdulsalami Abubakar, told newsmen during an interview of the need for a collaboration of all tiers of government and the citizenry to overcome the challenge.

In his words, “The Federal Government, the governors, the local government chairmen, councillors and people like you and me will have a role to play in this, we should play our role well, then a lot could be achieved,” Babangida said

On a recent allegation by former President Olusegun Obasanjo that the Peoples Democratic Party (PDP) was an indiscipline party, the former military president said the comments showed that the party was democratic in its affairs. He said it was only in a democratic party that people could make complaints and observe things that could help move the party forward.