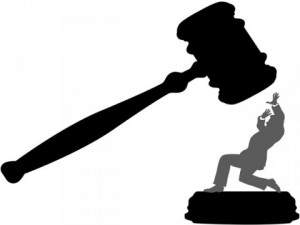 Whether we like it or not, there is a lot that need to be done about the speedy execution of judicial duties in the country. Also, a lot has to be done about the training of competent practitioners in the judicial system. Justice delayed, they say, is justice denied. This, perhaps, is the appropriate way to describe the story of a 32-year-old man named Bolarinwa Ishola who has been discharged and acquitted by an Ikeja high court, after five years of being in prison custody for armed robbery charges leveled against him.

Ishola was discharged by Justice Habeeb Abiru for lack of diligent prosecution by the prosecutor. The Lagos State Director of Public Prosecution (DPP) had charged Ishola to court on a two-count charge of armed robbery in May, 2011. According to the charge, Ishola and others said to be at large, allegedly robbed a house at Ketu in April 2008. Interestingly, during the trial of the suspect on April 29, 2012, a prosecution witness and the landlord of the house alleged to have been robbed denied knowledge of such incidence!

At the resumption of trial of the matter yesterday, the DPP, Mrs. P.C. Alu asked for adjournment to enable them produce their witness in court. But counsel to the defense, Mr. Adigun Orunmila objected to the DPP’s request for adjournment. Orunmila argued that the matter has gone through many adjournments without the prosecutor being able to bring forward any other witness. He asked the court to discharge the suspect saying that, “if they are not ready to prosecute, why can’t they just withdraw the case.”

In his ruling, Justice Abiru stated that there has been no improvement on the matter in spite of the fact that it had gone through several adjournments. He therefore discharged and acquitted the victim of the charges of armed robbery, leveled against him since 2008.