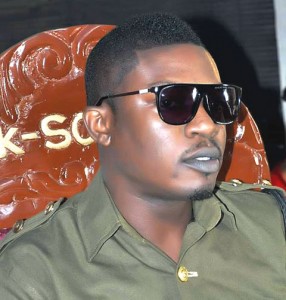 Following the controversy surrounding the childbirth of K-solo’s wife and the alleged rejection of the child by him, Toni Payne, 9ice’s estranged wife, has ‘advised’ K-Solo on the situation, saying that K-Solo show some level of compassion, if not for his wife, Kikelomo, but for the innocent child that has just been delivered.

Herself having had problems leading to a break up in her marriage sometime ago, Payne took to Twitter to air her view on the issue.

According to her post, “No matter what is going on between you and whomever, you never let it extend to an innocent child. Ksolo! FAK!!!! I would not wish my worst enemy go through what that lady is going through immediately after giving birth. Shit! Have some damn compassion!” she tweeted via her Twitter handle, @ToniPayne.

Inasmuch as it might be quite dicey to interfere in issues involving a couple, there are some things that just should not be. The fact that she is his wife, and she has put to bed should elicit some level of compassion. The worst that could happen is that he is unsure of the paternity of the child. That does not even mean that the child should be made to suffer.