The news went viral some couple of days ago that Maltina Dance Show host, Kemi Adetiba was arrested by the EFCC on allegations of fraud to the tune of N15 million. The reports went further to claim that the TV girl had pleaded with the anti-graft agency to release her as she had a video shoot for the Maltina show and promised to sort out the issues thereafter.

That report turns out to be false as the lady in the centre of the allegation has stated ‘…emphatically that there is no truth in the story!!!’ and has promised to seek redress in court as her lawyers have been instructed to prepare a case of libel against the authors of the defamatory news – Nigerian Enquirer Magazine.

Meanwhile Kemi who is rumored to be holidaying in Paris, has thanked all her friends and well wishers for their support and convern. 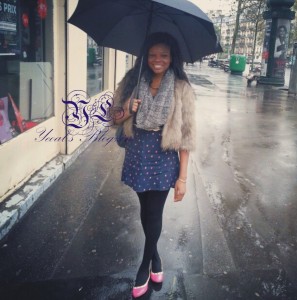 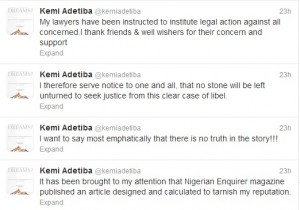