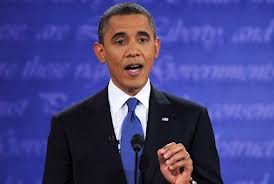 It’s never wise for companies to show public support for politicians or air their political views. You may well lose a chunk of die-hard supporters in your patronage. KitchenAid didn’t think so earlier, but now it’s their apology making the news.

The home appliance brand KitchenAid apologized Wednesday evening for a political tweet sent out from its official account during the presidential debate.

Although the tweet has been removed, at least a dozen retweets of the post showed it read, “Obamas gma even knew it was going 2 b bad! ‘She died 3 days b4 he became president.’”

“Deepest apologies for an irresponsible tweet that is in no way a representation of the brand’s opinion,” the tweet read in part.

A lot of people think that the original post would have been in reference to a comment President Barack Obama made during the debate as he spoke about the importance of Medicare and Social Security.

“You know, my grandmother — some of you know — helped to raise me,” Obama said. My grandfather died a while back. My grandmother died three days before I was elected president. And she was fiercely independent. She worked her way up, only had a high school education, started as a secretary, ended up being the vice president of a local bank. And she ended up living alone by choice.”

“And the reason she could be independent was because of Social Security and Medicare,” he continued.

It was an offensive post Cynthia Soledad, KitchenAid’s senior director of marketing called a mistake the person who made it would never make with them again. “During the debate tonight, a member of our Twitter team mistakenly posted an offensive tweet from the KitchenAid handle instead of a personal handle. The tasteless joke in no way represents our values at KitchenAid, and that person won’t be tweeting for us anymore.”

“I am deeply sorry to President Obama, his family, and the Twitter community for this careless error,” Soledad said.

Sources close to the company say the person behind the tweet have been fired already.