Since 1993, fans of Afrobeat star, Lagbaja had been wondering what he looked like behind the mask, but a photo that recently leaked online would have given answers to a question of nineteen years.

According to Lagbaja, his mask is used as an icon of man’s facelessness. Lagbaja is a Yoruba word that means “nobody in particular”. It depicts the anonymity of the so-called “common man”. The mask and the name symbolize the faceless, the voiceless in the society, particularly in Africa.

He has always said the man behind the mask is Bisade Ologunde, and the masked man is Lagbaja. Now fans can see both men. 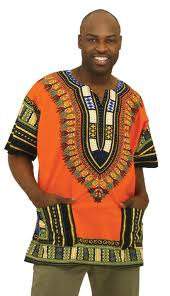 The pictures are there for you to see. Do you think he’s the one?