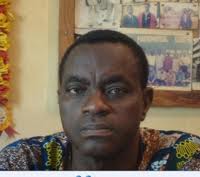 Born on June 9, 1948 at Owode-Ketu, Ogun State, Prof Ayeni attended the University of Ife (now Obafemi Awolowo University) where he obtained a Bachelor of Science in 1973 in Mathematics, and the Cornwell University, United States for a doctoral programme.

He was the former President, Mathematical Association of Nigeria. Professor Ayeni, who was Pioneer Dean, Students Affairs LAUTECH, Chairman, Committee of Deans and Provosts, also chaired the panel set up by the Nigerian Educational Research and Development Council (NERDC) to provide curriculum on Mathematics for primary and secondary schools, which was later transformed into syllabus presently being used by both WAEC and NECO.

Students and Staff of LAUTECH has been posting messages on social media on how sorely missed the late professor would be.