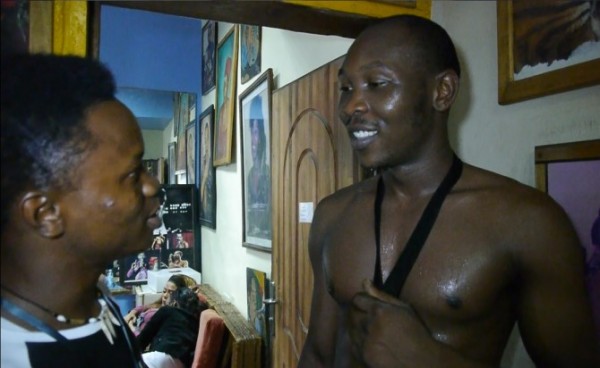 Son of foremost afro-beat crooner, Fela Anikulapo Kuti, who died 15 years ago, Seun Kuti, has condemned the non-legalizing of Marijuana like cigarette, suggesting that the position of the law on the two products was illogical.

According to Seun, the favored cigarette has lethal consequences, while the legally opposed marijuana was medicinal and good for human consumption. But, Seun said, the lethal cigarette was favored simply because it was to the white man’s profit, stressing that marijuana would make black countries richer than the white if legalized.

His argument is absolutely against cigarette smoking while he recommends the legalization of marijuana. Proclaiming this position, Seun damned black politicians for taking the white’s advice against its own natural produce of ‘weed’ – which he said was good after all – and accepting the white’s product which truncates lives.

In an interview which he granted, Seun Kuti says, “Marijuana is medical, and I feel Cigarette is selling legally because it is white man’s business. It is killing millions of people every day. ‘Igbo’ is not killing anybody… Marijuana is not only for smoking. It’s used for a lot of things; you can make clothes, you can drink tea, it is good, it is medicinal, it helps your appetite, they give it to cancer patients.. a lot of benefits”, he explained.