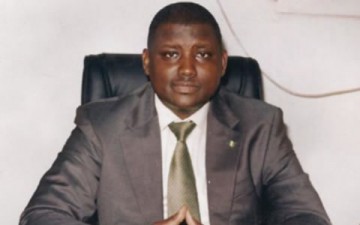 The Chairman of the Pension Reform Task Team, Abdulrasheed Maina, and another member of the team, Ngozika Ihuoma, said about N3.3tn has been stolen from the Local Government Pension Funds from 1976 till date. The amount was deducted from the funds without proper accountability.

They said the team also recovered N36bn that was embezzled from the Police Pension Funds Office. The money has been remitted to the purse of the federation while 120 property acquired with the stolen pension funds had been seized.

The team said this when they paid a visit to the national headquarters of the Independent Corrupt Practices and other Related Offences Commission, ICPC, Abuja, recently.

Maina said investigations by members of his team showed that a group of people in the police pension office were in the habit of stealing N300m daily through cheques prepared in the names of fake pensioners.

“Investigations into the pension office are still ongoing. The N36bn we recovered was just 40 per cent of the whole scam.

“The breakthrough by the team has attracted the attention of the Presidency given the formal invitation extended to the team by the Economic Management Team for a special briefing on its achievements.

“President Goodluck Jonathan was interested in the e-pension model the team developed to reduce the stealing of pension funds across the country.”

Speaking further on the issue, Maina said members of the team had been receiving death threats from a “pension funds cabal.”

“A mail was sent to me recently threatening to bomb the office of the Pension Reform Task Team,” he said.

In view of the difficult task before his team, Maina pleaded for more support from government to rid pension departments of fraudulent persons and groups.

While assuring Maina of maximum cooperation, the ICPC Chairman, Mr. Ekpo Nta, said a major disaster might occur if government failed to properly manage the pension of retirees. He decried the fraud in pensions’ funds management noting that the issue had generated ripples across the globe.