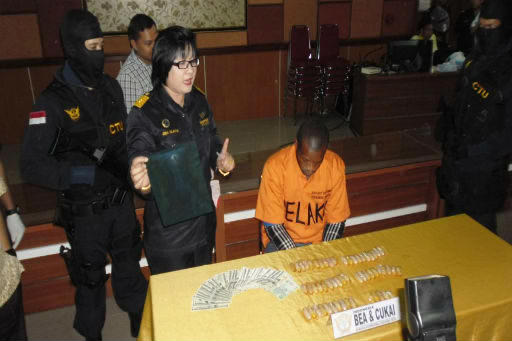 The suspect, identified as CR, 31, was stopped by officers for behaving suspiciously after arriving from Lagos, Nigeria on board an Emirates Airline flight on Sunday night, customs office chief Oza Olivia said on Tuesday.

A body scan detected 1,118.2 grams of crystal methamphetamine contained in 60 capsules in CR’s stomach, Oza said. The drugs have a street value of Rp 1.2 billion (about N20 million), officials said.

The suspect allegedly attempted to bribe customs officers with $4,000 to release him. CR was then given a laxative, and officers recovered the drugs over a period of 18 hours.