1. Gabriel Afolayan: Although we know acting runs in their blood, as their father was one of the pioneers of the movie industry in Nigeria, no one knew how talented the youngest of the Afolayans in Nollywood was until he stepped out of his brothers’ shadows. Television series, Super Story was one of the platforms for Gabriel’s rise to fame. We all know his elder brother, Kunle Afolayan whose directing skills has won him international honours, but Gabriel is kind of a different mould. History has it that their late father Ade Love as he was fondly called wasn’t only into acting, but he was also a good singer. Gabriel brought back the voice in the family with his single, ‘Kokoro Ife (Love Bug)’. You gotta love that song!

2. Omotola Jalade Ekeinde: Yeah, you are right; Gabriel was my choice, but the social media peeps said they love Omotola Jalade Ekeinde. She did more than drop singles, she dropped an album, and some folks on social media said they are still in love with her songs years after the album dropped.’ Gba’ and ‘Honey Boy’ were the major picks though, but hardly would you see a bad comment about Omotola’s music.
How does she do that? She wows us in movies and yet sings well? Fans seem to love your songs. Maybe it’s time you dropped something else to help your fans feel again, how a Nollywood diva sings. 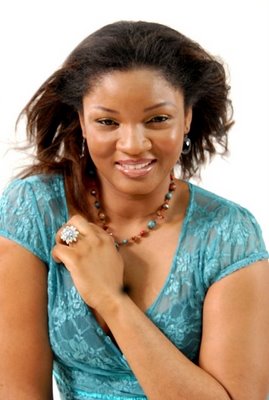 3. Segun Arinze: Seriously fans think Segun is one of the best Nollywood has to offer Nigeria’s music industry. The boss has been called on by his fans to drop something else. In fact, a lot fans think Segun has potentials for hits.

4. Mr Ibu: He’s a comedian. What do you expect? John Okafor makes them laugh even in his songs, and they love him. They think he could continue singing and not bore them.

5. Nkem Owoh: Not too good, not too bad some say, but his fans believe he can survive in Nigeria’s music industry. In fact some people believe Mr Osuofia sings pretty well.

Who else belong on this list? Add them in your comment, and remove those you think don’t deserve to be there. Make sure you state your reasons; you can’t afford to get their fans angry.