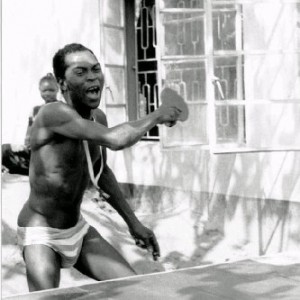 Have you ever wondered how the late Afrobeat icon’s wardrobe looked like? You can’t blame me for asking; Baba 70 wore pants mostly.

Fela Anikulapo Kuti was known as a multi-instrumentalist, musician and composer, pioneer of Afrobeat music, human rights activist, and political maverick during his life time. He also spent time playing table tennis when he was not doing music, and he played with only pants on.

Despite his kind of lifestyle, people loved him because he identified with the common man.

On 3 August 1997, Olikoye Ransome-Kuti, a former Minister of Health and sister to Fela, announced his younger brother’s death. Though his lifestyle was hated by many, more than a million people attended Fela’s funeral at his shrine.