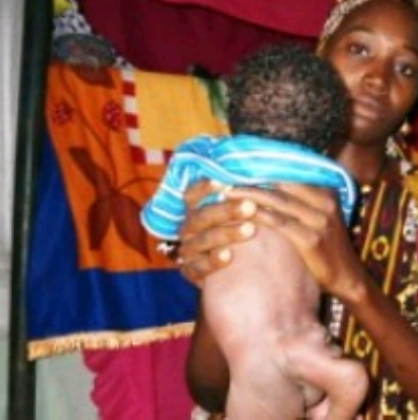 According to eye witness accounts, the baby who is a boy, has what looks like a third leg sprouting from his back just above his waist line.

Members of the sleepy town are still in shock as they have never seen anything of that nature. According to a 33 year old resident who identified herself as Malama Hadiza Galu, “we marvelled at the sight of another limb and were at first taken aback but then, we consoled ourselves with our faith in almighty Allah and the belief that He can do whatever He wishes”.