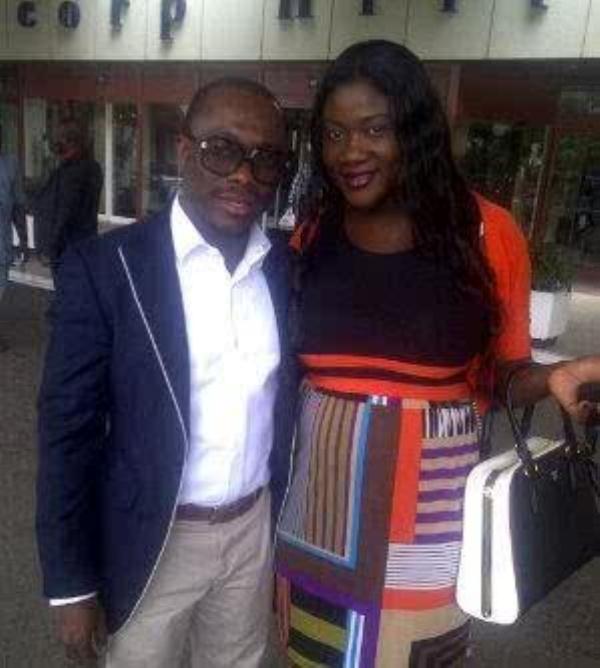 When news of her pregnancy filtered through the media, fans of Mercy Johnson were so happy for her while detractors wagged their tongues because of her marriage that allegedly resulted from a husband-snatching ‘near-scandal’.

The Nollywood star would care less what detractors say now… as she was seen showing off her baby bump at a recent event. The best deal anyone can sure get out of marriage is the fruit of the womb.

The talented actress’ picture with Julius Agwu shows how soon the baby might get here. We heard some of her die-hard fans are already suggesting names; “Josh, if he’s a boy, please! Jemimah, if she’s a girl”