She has cut back on her performances since revealing she is expecting child with Spanish soccer star Gerard Pique. But Shakira was back on stage on Saturday, with her bump proudly on show in a performance at a football match. 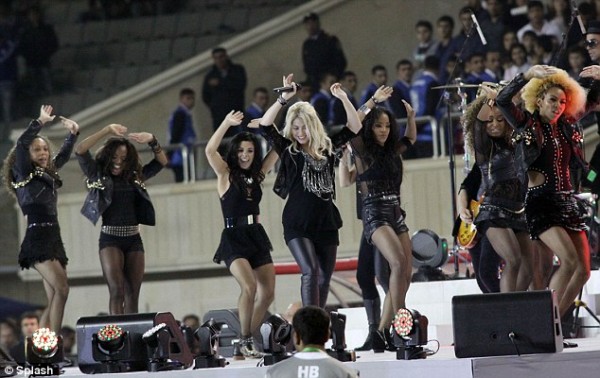 She tweeted before the match between France and Korea DPR at the Tofig Bahramov Stadium: ‘In a few minutes it will be our baby’s first time on stage and precisely at a football event! Magic Shak.’ 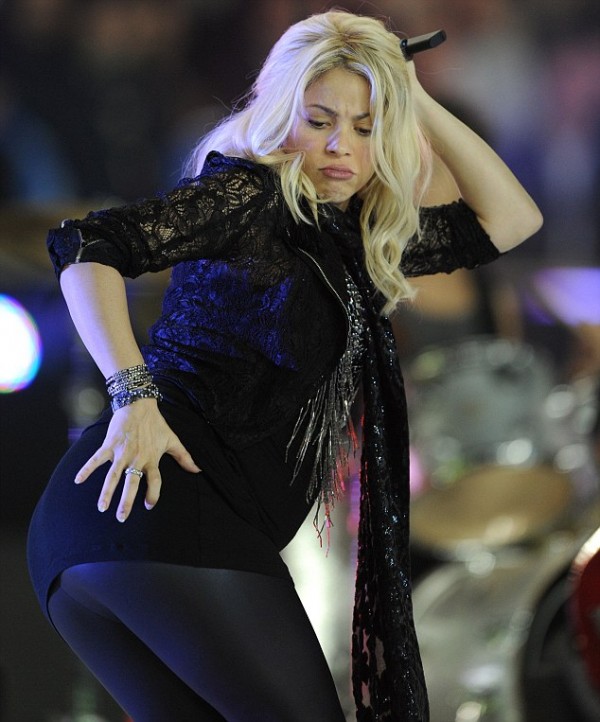 The 35-year-old’s burgeoning bump didn’t appear to put her off the energetic dance routines though as she got stuck into her signature wild movements with her backing dancers.

With her hands up in the air for much of the show – which took place after the FIFA U-17 Women’s World Cup 2012 Final in Baku, Azerbaijan – Shakira could be seen twisting her hips along with the beat as well as shaking her derriere for the audience.