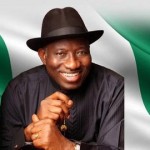 In apparent response to the Independence Day speech by the president, some members of the House of Representatives have advised President Goodluck Jonathan to show the willingness and sincerity to fight corruption, insecurity and, most importantly, carry everybody along if he must to succeed.

For the Chairman House Committee on Media, Zakari Mohammed, he says, “We are ready to support him provided there is willingness and sincerity on his side… I have said it before that governance cannot be done in isolation of other arms of government and we have been supporting him in all spheres. All we want is sincerity of purpose.”

For Honorable Uzo Nkem-Abonta, representing Abia State he believes that the president is surrounded by a lot of corrupt individuals: “The President should first and foremost purge himself of all those that are seen to be corrupt… There is corruption everywhere, particularly in the civil service. The President may not be corrupt but most people around him stink of corruption.

“Look at the stench from the fuel subsidy probe and the rot in that sector. You will weep for this nation everyday. All we are saying is that the President should exhibit leadership by example… EFCC should be given teeth to bite, not to negotiate for plea bargains or allow corrupt elements in the society the option of fine.”

As for Abiodun Faleke, representing Ikeja Federal Constituency, “Nigerians are becoming impatient everyday. Let Mr. President display exemplary leadership qualities by fighting corruption in the true sense of it… The oil sector is enmeshed in corruption and security is in abeyance. Let him lead the way by listening to constructive criticism at all times so that Nigeria can move forward… If he (President) wants to write his name in gold, he should tell Nigerians his mind on whether he would stay in office for one term and combat all these maladies headlong to make Nigeria move forward.”