Africa’s literary giant and celebrated writer Chinua Achebe, has claimed that Nigerians, especially the Hausa/Fulanis and the Yorubas, do not like the Igbos because of their cultural ideology that emphasizes ‘change, individualism and competitiveness.’ 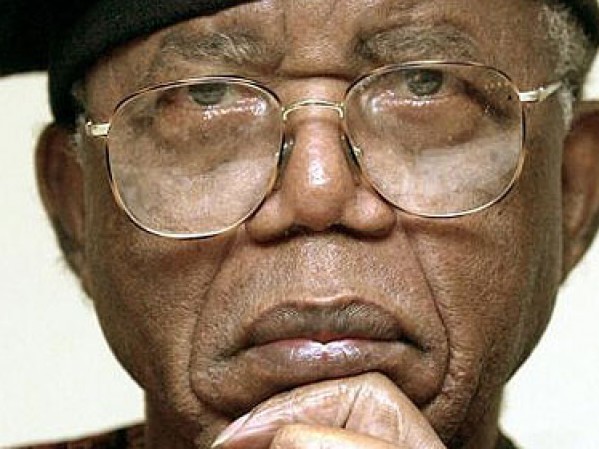 He made this claim in his new book, There was a Country, which has generated controversy for his onslaught on the role of Obafemi Awolowo as the federal commissioner of finance during the Nigeria civil war. He accused Awolowo of genocide and imposition of food blockade on Biafra, a claim that has drawn rebuttals and contradictions of emotional intensity from some southwest leaders and commentators.

“I have written in my small book entitled The Trouble with Nigeria that Nigerians will probably achieve consensus on no other matter than their common resentment of the Igbo,” he wrote under the heading, A History of Ethnic Tension and Resentment. He traced the origin of “the national resentment of the Igbo” to its culture that “gave the Igbo man an unquestioned advantage over his compatriots in securing credentials for advancement in Nigerian colonial society.”

He observed that the Igbo culture’s emphasis on change, individualism and competitiveness gave his ethnic group an edge over the Hausa/Fulani man who was hindered by a “wary religion” and the Yoruba man who was hampered by” traditional hierarchies.”

He therefore described the Igbo, who are predominantly Catholic, as “fearing no god or man, was “custom-made to grasp the opportunities, such as they were, of the white man’s dispensations. And the Igbo did so with both hands.”

He delved into history with his claim, asserting that the Igbo overcame the earlier Yoruba advantage within two decades earlier in the twentieth century.

“Although the Yoruba had a huge historical and geographical head start, the Igbo wiped out their handicap in one fantastic burst of energy in the twenty years between 1930 and 1950.”

He narrated the earlier advantage of Yoruba as contingent on their location on the coastline, but once the missionaries crossed the Niger, the Igbo took advantage of the opportunity and overtook the Yoruba.

‘The increase was so exponential in such a short time that within three short decades the Igbos had closed the gap and quickly moved ahead as the group with the highest literacy rate, the highest standard of living, and the greatest of citizens with postsecondary education in Nigeria,” he contended.

He said Nigerian leadership should have taken advantage of the Igbo talent and this failure was partly responsible for the failure of the Nigerian state, explaining further that competitive individualism and the adventurous spirit of the Igbo was a boon Nigerian leaders failed to recognize and harness for modernization.

“Nigeria’s pathetic attempt to crush these idiosyncrasies rather than celebrate them is one of the fundamental reasons the country has not developed as it should and has emerged as a laughingstock,” he claimed.

He noted that the ousting of prominent Igbos from top offices was a ploy to achieve a simple and crude goal. He said what the Nigerians wanted was to “get the achievers out and replace them with less qualified individuals from the desired ethnic background so as to gain access to the resources of the state.”

Achebe, however, saved some criticisms for his kinsmen. He criticised them for what he described as “hubris, overweening pride and thoughtlessness, which invite envy and hatred or even worse that can obsess the mind with material success and dispose it to all kinds of crude showiness.”

He added that “contemporary Igbo behavior (that) can offend by its noisy exhibitionism and disregard for humility and quietness.