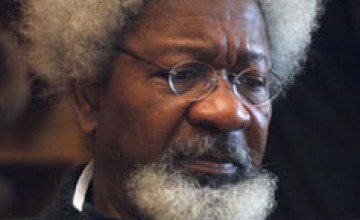 Perhaps it has been a long time coming; some ought to have said this long before now. Our leaders, perhaps, are not telling us the truth. Or don’t they see it too? And the citizens? We have also chosen to turn blind eyes to it. But it is there all around us! We do not need a seer to show it to us; Nigeria is at war!

Alas, Nobel Laureate, Prof. Wole Soyinka, has grabbed the bull by the horn. Speaking on Thursday at the presentation of Port Harcourt as the UNESCO World Book Capital for 2014, he said recent developments in Nigeria portray the country as a country at war, pointing out that Nigerians would cease to be human beings if they yield to evil forces.

“I don’t care whether they call themselves the final defenders of the pure road and the ultimate salvation or call themselves Boko Haram… Boko Haram and all organisations, all movements that wage war against books, against literacy, against education and enlightenment in any form have declared war, not on the state, but on humanity itself and in spite of such setbacks, in spite of such horrors, we have the responsibility to support and to sustain efforts such as being made by the Rainbow Club and allied societies and organisations.”

Condemning the murder of four students of the University of Port Harcourt and the Mubi killings, Soyinka noted that the forces of evil were out to wipe out any trace of enlightenment and creativity in the country. He then urged literary minds in the country not to see themselves as authors, writers and readers, but as part of a creative army against the forces that had come to extinct creativity.