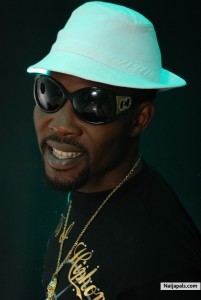 In a very touching gesture and act worthy of emulation, popular comedian and musician, Idowu Moye, (aka Maleke), has raised over N6 million for a Benin artist, Esohe Osagiede who has an infection in her kidney. Esohe has been suffering the problem for some time now but unfortunately for the family, they were unable to raise the N8 million required by an Indian hospital for the treatment.

However, the comedian, who had originally organised an occasion which was supposed to be the launch of his new album, after he invited Nigerian Musicians such as Tuface Idibia, Abdulkarim and others, turned the event to a fund raising for the ailing Esohe.

According to statement granted to Vanguard exclusively in Benin, Maleke said he decided to convert the occasion to a fund raiser.

In his words: “I know I spent millions of naira to organise the occasion which was originally planned for the launch of my new album but luckily for us, all my friends that came made donations and at least we were able to raise N6 million.”