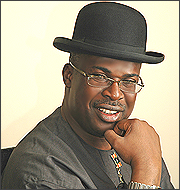 The Economic and Financial Crimes Commission (EFCC) have claimed to have traced two choice properties worth over N1 billion to companies owned by former governor of Bayelsa State, Timipre Sylva.

It will be recalled that the EFCC is currently in court with Sylva over a case of corrupt enrichment while in office. According to Saturday Vanguard, the properties are located in choice areas of Abuja, and they were discovered in the ongoing investigation into how Sylva allegedly looted Bayelsa during his tenure as the governor of the state.

Vanguard source added that the anti-graft agency had also uncovered a network of fronts through which the former governor acquired choice properties in major cities especially Abuja, the Federal Capital Territory. One of such properties linked to the former governor is a duplex valued at N310m situated at Cachez Estate, Mpape, Abuja while the other is a mansion valued at N700m located off Ademola Adetokunbo Crescent in high brow Wuse 2, Abuja.

The Wuse mansion was acquired in the name of Marlin Maritime Limited, a company owned by Timipre Sylva. The managing Director of the Company, Gbenga Balogun, is said to have fled as EFCC operatives closed in on him in the course of investigation of the Sylva era in Bayelsa, during which billions of naira is said to have been looted by him and his officials.