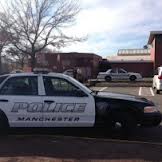 A 14-year old freshman drowned in the Manchester High School pool Wednesday morning. He was pulled from the swimming pool and rushed to Manchester Memorial Hospital, according to police, where he eventually died.

The student identified as a ninth-grader Malvrick Donkor, according to Manchester Police Cpt. Christopher Davis was taking part in a swimming class at the high school at approximately 10:20 a.m. when another student noticed the victim under water and unresponsive.

A statement released by Manchester Public Schools read; “It is with great sorrow that we are announcing that this morning, a 14 year old male student at Manchester High School was found in the swimming pool unresponsive and later pronounced dead at Manchester Memorial Hospital.

The school community is being informed through the Superintendent’s office about counseling services and support available to them. An investigation into the tragedy is underway and no further information including the student’s identity is being released at this time.”

Reacting to the sad incident, Manchester High School Principal Matthew Geary in a statement said: “I would ask that you join me in praying for this student and his family during this very difficult time for our school community,” adding that school staff “will be available at the high school from 10 a.m. to 4 p.m. Thursday, Friday, Saturday, and Sunday. Please use the main entrance on the Middle Turnpike side of the building.”

“If individuals require more immediate assistance, the school system will have a licensed Professional Counselor on call. His name is Raymond Hansen, M.S., LPC and his phone number is 860.916.1170. This is his confidential voice mail number, and he will return all calls made to that number. Anyone seeking support is also encouraged to call the emergency mobile crisis line by dialing 2-1-1.”

A vigil is also tentatively scheduled for Monday at 7 p.m.

Reports say the boy who was originally from Ghana moved to the area only a few months earlier.