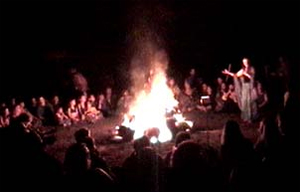 Binta Mohammed, a 50 year-old woman, has been brought before a Sharia Court in Magajin Gari, Kaduna, for allegedly initiating a 12-year-old girl into witchcraft.

Prosecutor of the case, Haruna Ibrahim told the Court that one Amina Kawu, of house No. B29, Rock Road, Tudun Nupawa, Kaduna had on Nov. 9 reported to the police that her house help, Jummai Monday, had been initiated into witchcraft. Ibrahim said the witchcraft was given to Monday via a fish, sometimes in September.

Ibrahim added that the house help had mentioned her members as Binta Mohammed, alias Mama Shehu and Adebowale Ajami of Ribadu Crescent, Tudun Nupawa, kaduna. The prosecutor further told the court that the complainant told the police that her house help had informed her that her members had been persuading her to bring Sultan Aminu, her son to be killed.

He then said Aminu was critically sick and behaving abnormally, adding that the offence committed is contrary to the Section 216 (a)(b) of the Penal Code. The accused, Binta, however, pleaded not guilty of the charge. Meanwhile, the Presiding Officer, Malam Usman Ibrahim, after hearing from the prosecutor adjourned the case to Nov. 20, for the witnesses to testify.