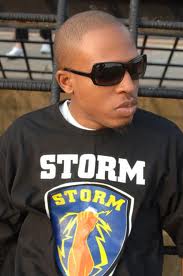 Following the accusation by FBS Entertainment that they contracted Storm Records artiste, Naeto C to perform at a show, and having paid a sum of N400,000 (Four hundred thousand Naira) into the rapper’s Guaranty Trust Bank (GTB) account, and signing a one page contract agreement dated July 12, 2012, the rapper failed to show up, Storm Records has threatened to sue the promoter, Muhammad Nura who allegedly represented FBS Entertainment.

In a statement released to NET, Storm Records admits Naeto C was approached but the said promoter did not have a direct conversation with the rapper regarding the subject.

Reports say communication was made through a certain DJ Fresh.

According to Storm Records, Naeto C made the journey to Abuja to fulfil his own end of the deal subject to receiving full payment for the event a day before or on the day of the event.

“When it became apparent on the day of the show that the promoters were not forthcoming with the balance, our client declined to grace the show with his presence especially as he had held up his end of the bargain regardless of the fact that the show was three days to his wedding,” Platonique PR, the label’s publicists said.

Storm pointed out that the signature on the agreement document is not Naeto C’s and that ‘the act of forgery is not only distasteful, but also criminal’.

Storm explains why the N400,000 initial payment has not been refunded saying: “A show promoter is liable to forfeit any money deposited to book an artiste for a particular date if the promoter fails to complete payment before the stipulated time for the performance and the artiste is permitted to walk away from the arrangement.”

“This is standard practise in entertainment all over the world because artiste will decline all other approaches by prospective clients once a party makes a commitment by way of an initial deposit.”

In view of this, Storm Records says they will “explore all options made available to us within legal bounds of the constitution of Nigeria, including suing for fraudulent practices (forgery of signature) and defamation of character”, if the accusations are not retracted and apology issued to that effect.

In their response, FBS entertainment said through a representative, Muhammad Nura Abdullahi that “We want to clearly state tha Naeto C categorically agreed to the advance payment and the agreement did not state that default to pay the full contract sum (which was never demanded for) repudiates the contract.

“In fact, the standard of all contract agreement dictates that parties are bound by the agreement and none of the parties can unilaterally use any standard to interpret the contents of a signed agreement. We would like to state that no custom should be used to defraud people on any grounds. This is the law!”

Storm Records claims Naeto C did not sign any contract with FBS Entertainment, but Abdullahi thinks Storm Records are just being hypocritical. He alleges that Storm Records has been aware of the situation all along, but refused to respond.

“We (our legal team) wrote Naeto C via Storm Records and Storm Records is in the know and neglected to respond for long. Attached is the screen shot of that demand letter sent to them. A confirmation of delivery receipt and courier details from UPS,” Abdullahi said.