Blood is seen on the floor of a mosque as Indian Shiite Muslims flagellate themselves during a holy procession.Shi’a Muslims all over the world pay their respects with the flowing of their blood as they mourn the slaying and martyrdom of Imam Hussein, the grandson of Prophet Mohammad.

He was killed by his political rivals along with 72 companions in the seventh century battle of Kerbala where some of the bodies of the dead were then mutilated. 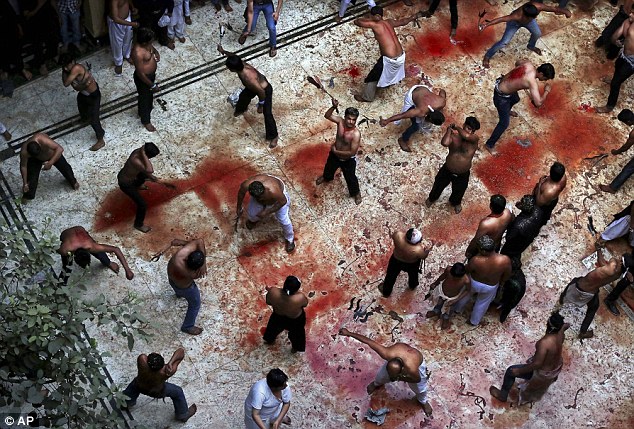 The bloody floor of a mosque in New Delhi, India, as Shiite Muslims flagellate themselves today during a Muharram procession marking Ashura which mourns the killing of the prophet Mohammad’s grandson 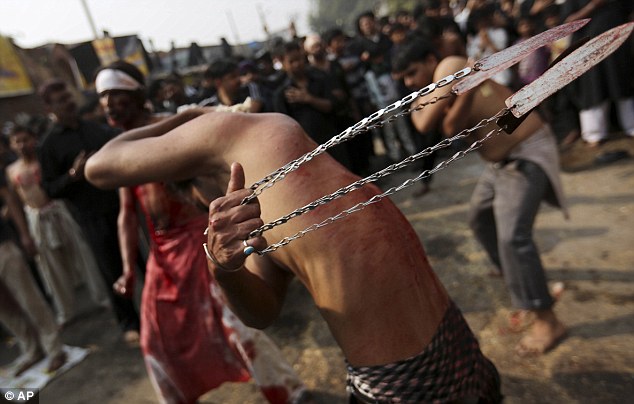 Shiite Muslims flagellate themselves during a Muharram procession. Muharram is a month of mourning in remembrance of the martyrdom of Imam Hussein, the grandson of the Prophet Muhammad 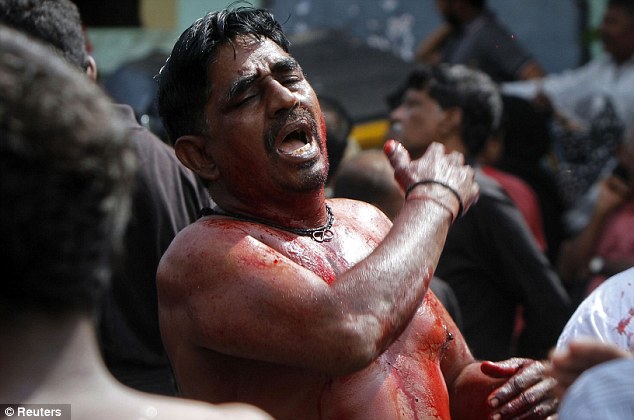 A Shiite Muslim whose face and torso is covered in blood, beats his chest 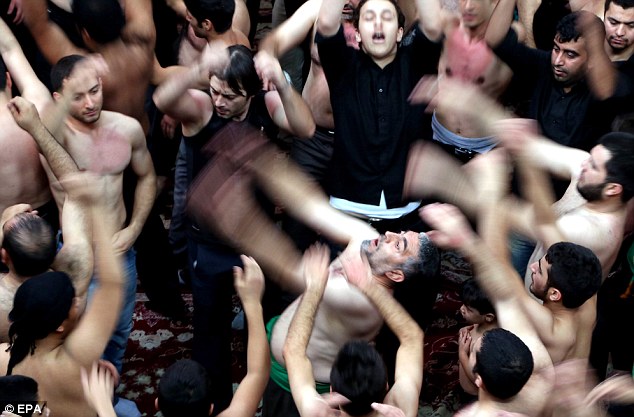 Mourning Iraqi Shiites at the Ashura ceremonies at the Kerbala mosque in Tehran, Iran

The Muslims were taking part in processions in Mumbai and Chennai. Ashura is celebrated on the tenth day of the Islamic month of Muharram.

The processions also involve walking on burning coals and carrying a ‘Tazia’ – replica of the coffin of Hussein.

Some participants gather for ceremonial chest beating as a display of their devotion in remembrance of his suffering and to preach that oppression will not last.

In some Shi’a regions of Muslim countries such as Afghanistan, Iran, Iraq, Turkey, Azerbaijan, Pakistan, Lebanon, and Bahrain, the commemoration has become a national holiday.

Most ethnic and religious communities participate even in a predominantly Hindu majority. 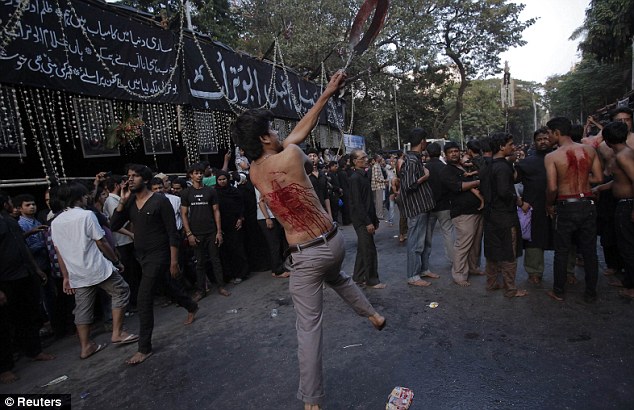 A scarred Shiite Muslim watches another mourner flagellate himself in Mumbai 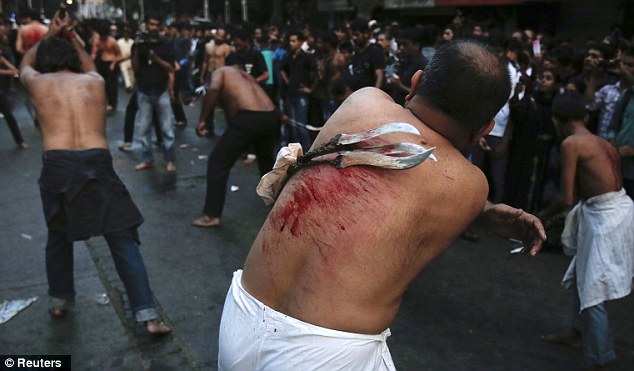 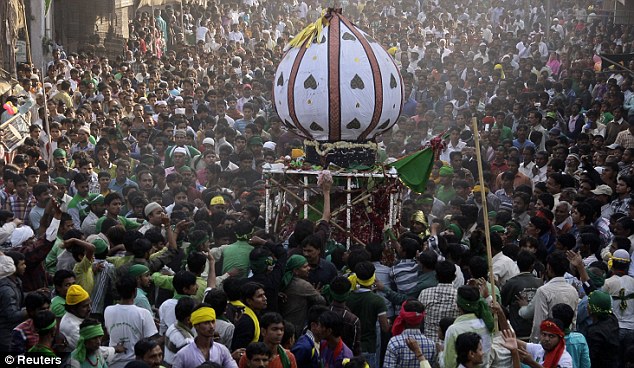 Tribute: Shiite Muslims carry a replica of the coffin of Imam Hussein during a Muharram procession in the northern Indian city of Allahabad