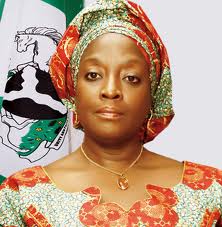 Ms. Bolanle Ayodele Onagoruwa, the Director General of the Bureau of Public Enterprises (BPE), has been relieved of her appointment by President Goodluck Jonathan.

Her sack might not be unconnected with the way the BPE handled the contract for the Transmission Company of Nigeria which was awarded to a Canadian firm, Manitoba Hydro International, but was later cancelled because of a series of infractions on the part of the Bureau – a move that allegedly caused the presidency untold embarrassment.

Ms. Onagoruwa who was appointed by President Jonathan in August 2010, is to hand over to the most senior management staff,  Mr. Benjamin Ezra Dike, who will serve in acting capacity.