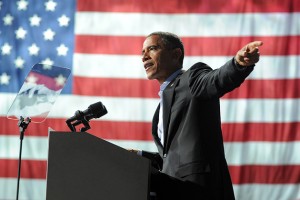 America’s president, Barack Obama will be returning for a second term in the White House.

His Opponent, Romney, conceded shortly after midnight, delivering a brief speech to a subdued crowd of supporters at his Boston headquarters where he said he would “pray that the president will be successful in guiding our nation.”

The former Massachusetts governor urged Washington’s politicians to set aside the “bickering” and “political posturing” going forward, and “put the people before the politics.” He continues: “This election is over, but our principles endure,” Romney said.

The president’s projected victory came shortly after he was declared the winner in the crucial battleground of Ohio. The president was leading by a narrow margin in that state as returns continued to stream in overnight, but a streak of victories in other battlegrounds put him well over the 270 electoral votes required to win. The count, with the results from Florida and Alaska still not in, stood at 303 electoral votes for Obama, to Romney’s 203.