Radamel Falcao is inching closer on his move to Chelsea after opening informal talks on a sensational €60 million January move.

Club chiefs, acting on the instruction of owner Roman Abramovich, have made it clear to Falcao that they want to activate the release clause in his Atletico Madrid contract. 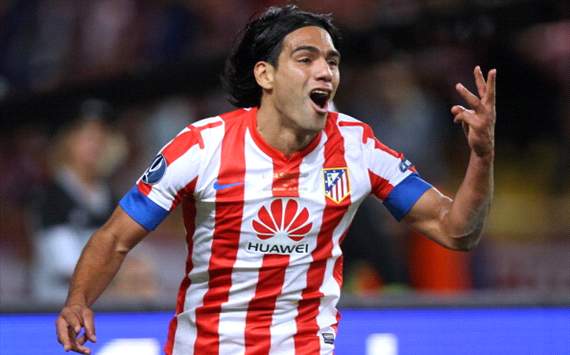 And the Colombian striker has responded to the interest by telling Chelsea that he wants to move to Stamford Bridge in the winter window.

Despite big spenders Manchester City and Paris Saint-Germain competing for the 26-year-old’s signature, Falcao is now destined for a switch to Stamford Bridge at the turn of the year.

The deal is a complex one because of third-party ownership issues – with super agent Jorge Mendes part of a consortium holding an interest in Falcao – but Chelsea have intensified their efforts to land the front man in recent weeks in a bid to ensure the transfer can be completed in January.

The European champions have made Falcao a contract offer and it is believed that personal terms have already been agreed on a deal that is likely to make the striker one of the highest paid players in Premier League history.

Atletico are desperate to keep Falcao but will have no option if a club activates the buyout clause for a player who cost €45m when he joined from Porto in 2011.

Since moving from South America to Europe in 2009, Falcao has scored 121 goals in 147 matches for Porto and Atletico. b activates the buyout clause for a player who cost €45m when he joined from Porto in 2011.