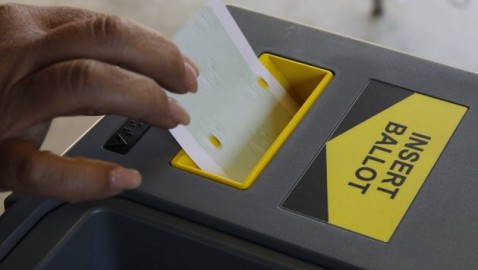 Who would ever have believed candidates could win elections even after their deaths? What are those living guys doing watching dead men win? Obviously there is more to winning elections than just being alive.

Florida Democrat Earl K. Wood and Alabama Republican Charles Beasley won their respective elections but they will not take office.

Both men died weeks before the November 6 election yet managed to beat their very much alive opponents by comfortable margins.

Wood died on October 15 from natural causes at age 96, during his campaign for a 12th term as Orange County Tax Collector in Orlando, Florida.

Criticized for rarely coming into the office while collecting a $150,000 salary and $90,000 pension, Wood initially announced he would step down, only to change his mind when a longtime political foe made plans to seek the seat.

Wood’s wide name recognition after almost half a century in office scared off several serious contenders. His name remained on the ballot and he took 56 percent of the votes to 44 percent for a Republican who promised to eliminate the office altogether if elected.

Beasley, 77, died on October 12, possibly due to an aneurysm, while trying to reclaim his old seat on the Bibb County Commission in central Alabama.

Beasley’s name also remained on the ballot and he won about 52 percent of the vote. His Democratic opponent, incumbent Commissioner Walter Sansing, took the loss especially hard.

“It is a touchy situation. When you are running against a dead man, you are limited as to what you can say,” Sansing told Reuters.

He blamed people voting straight Republican tickets for his loss.

In Orlando, Scott Randolph, an outgoing Democratic state legislator and state party activist, was selected by his party to receive votes cast for Wood and he will assume the office. In Alabama, the governor will appoint a new commissioner with input from local Republicans.[Reuters]