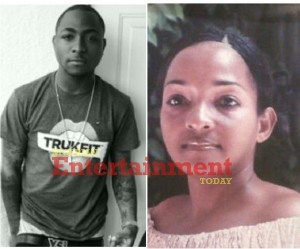 The pop singer who turned 20 years old on November 21, 2012 tweeted a photo of his late mother Dr Vero Adeleke.

‘Me and ma look alike… Mummy!‘, Davido tweeted to his over 200k followers.
Davido’s mum was a Babcock University lecturer until she passed away in 2003. Davido has acknowledged in several interview he misses his mum.

‘I’m sure if she was here, she will be rocking all the songs’, he told NET in an exclusive interview back in January 2012.