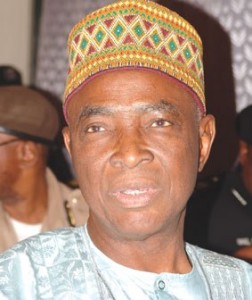 Just three days after death of Oyo State elder statesman and Action Congress of Nigeria (ACN) strongman, Chief Lamidi Adesina, information emerging from the Nation newspaper has revealed that another politician in the country has bowed out.

According to the Nation, the strongman of Kwara politics and Senate leader in the second republic, Dr Abubakar Olusola Saraki is dead. He reportedly died this morning (Wednesday) in Lagos.

Saraki died at his Ikoyi, Lagos residence, in the early hours of the day. Saraki, the Warizi of Ilorin, was 79 years old.

His son, Senator Bukola Saraki, former Kwara State governor and serving senator in the country, left Abuja for Lagos this morning when he was contacted, the Nation reported. More details later.