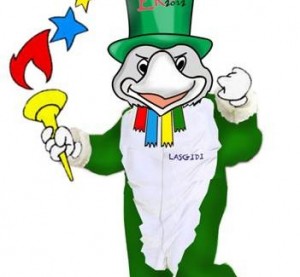 Expectedly, the ongoing 18th National Sports Festival, Eko 2012, has suffered its first allowance-related crisis. This is labelled “the first” because, rest assured, there will be more allowance-related issues coming up as the days go by.

Barely 48 hours into the kick-off of the games, it has been revealed that some state sports councils and their athletes have yet to resolve issues concerning their daily allowances during the games and remuneration for winning medals at the event. Therefore, some of the athletes are clearly not having a good time as their appearance at the games is based on promises from their employers.

On Friday, prior to the games, the Lagos athletes had protested the delayed payment, storming the Teslim Balogun Stadium where the Main Organising Committee is located, to demand their money. According to the athletes, it was better to agitate for the money then than wait for the games to begin.

A similar situation had been reported in Edo too where members of Team Edo reportedly protested by boycotting training while in camp in Edo State, demanding, among other things, increased daily allowances and an assurance of monetary rewards when they return from the games. The Edo State government had, in quick response, approved N120m for the athletes ahead of the games, but the fear remains in the team that some of them have been identified as troublemakers and would have been removed from the team had the games not drawn close.

Meanwhile, in Ondo, athletes were only placated on Saturday when they just got paid for their efforts at the last sports festival in Port Harcourt in 2011. There were threats of a total boycott of the games by the athletes if they were not paid for the last event, a situation that affected their training schedule. However, chairman of the the Ondo team, Bamido Omogbehin, said on Tuesday that the cash for this edition would be N200,000 for gold, N150,000 for silver and N100,000 for bronze.