Information emerging from Sportsmail has revealed that Arsenal Football Club (AFC) is planning to ensure that their players take significant wage cuts if they fail to qualify for the Champions League. 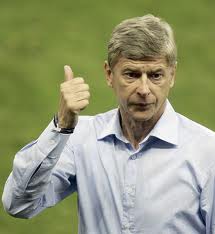 At the moment, the club are attempting to tie down a significant number of their core players to long-term contracts. According to Sportsmail, those new deals will include Champions League failure clauses that will essentially result in players taking home less money if they fail to make Europe’s elite competition. The decision from the Gunners hierarchy has been made to protect the club financially should they miss out on the cash windfall linked to Champions League qualification. The clauses stipulate a player will not receive full bonuses if they miss out on the top four.

Also, this move, if true, provides a clear indication that substantial concerns are emerging from within Arsenal, who have become Champions League regulars in recent times, that they may miss out this season.

Right now, the players who are in talks over new deals include Carl Jenkinson, Kieran Gibbs, Alex Oxlade- Chamberlain, Jack Wilshere, Theo Walcott and Bacary Sagna. Meanwhile, while the club view the decision as making business sense, the move is likely to frustrate fans who have seen their best players walk away over the past two seasons.