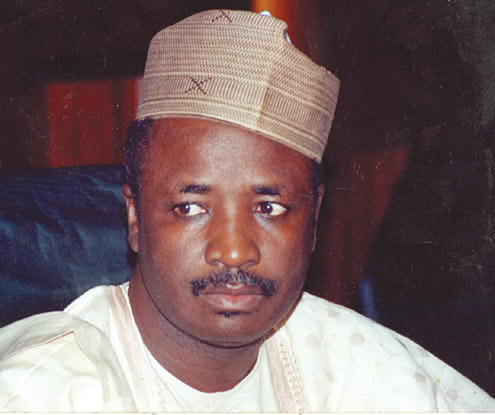 The governor of Sokoto State, Aliyu Wamakko has described NLC’s President Omar’s call for apology as not only mis-guided but “absolutely disgusting”

The governor was said to have flogged the Business Manager of PHCN in Wamakko Local Government Area of the state along with two of his officials last week, leading to a one-week strike by PHCN workers in Sokoto State, which paralysed government and commercial activities, leading to altercations between the state government and labour.

The situation was temporarily resolved following the intervention of the Sultan of Sokoto, Alhaji Sa’ad Abubakar III and other prominent natives of the area.

The matter was however said to have worsened when NLC President, Mr. Abdulwaheed Omar insisted that labour would embark on an indefinite strike in Sokoto State if Governor Wamakko failed to tender public apology for allegedly assaulting the three PHCN workers.

Governor Wamakko quickly reacted describing Omar’s statement as not only mis-guided but “absolutely disgusting” and “lies.”

“Our attention has been drawn to an unnecessary outbursts and irresponsible statement credited to the president of the NLC.

“It is unfortunate that someone holding the position of Nigeria’s number one labour leader could descend so slow as to use gutter language on the person of a governor duly elected by millions of Sokoto people.

“Sokoto people could not have made a mistake by electing Governor Wamakko on three occasions. The governor is of impeccable character and a distinguished gentleman. It is, therefore, very uncharitable for the NLC president to suggest otherwise.

“It is absolutely disgusting that a person entrusted with the leadership of Nigerian workers could decide to throw caution to the winds and be calling an elected governor names. It really shows how indecent and uncouth he is.

“Perhaps he is being deluded by an imaginary power that is illusionary. How can someone claiming of being reliably informed about something take a hasty decision and still be fit enough to lead Nigerian workers?” a statement by Wamakko’s Special Assistant on Media read in part.