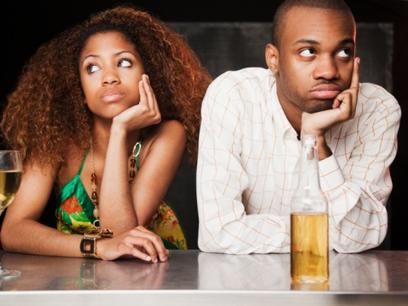 Okay, so you’ve met a great girl and you are starting to date. Congrats!

At this point in the dating process, it doesn’t matter so much if you got the date after working up the courage to ask her out, whether it was a setup by friends or whether you just got “lucky” and she agreed to go out with you. What DOES matter is if you commit one or more of the following dating mistakes that men make with women. If you do make these mistakes, your new “relationship” may just be another disastrous dating experience with you left on your own once again.

Mistake #1 – Being Too Nice

You’ll often hear women talking about how their looking for a “nice” guy to date and build a relationship with. Yet, most guys completely misunderstand what a woman is saying when she says “nice guy.” They mistakenly assume that if a woman is looking for a nice guy, then all they need to do to be successful is be REALLY, REALLY nice to her and that will make her like him a whole lot more than other guys. However, that isn’t what women are looking for and that isn’t what women mean by “nice.” After a couple of experiences being REALLY, REALLY nice to women and getting rejected each time, some guys start to think that women must want bad boys or jerks and that the whole “nice guy” thing is a huge, fat lie!

It’s not a lie. Women’s desire for a nice guy is TRUE, but there is a huge difference between a manly, nice guy who guides a woman through a natural, sexual courtship (of which I call The Flow) and a nice guy who is a complete pushover, behaves like he’s not even interested in sex and waits for the woman to make it really obvious that she wants something “more than friends” before he makes a move.

Sure, initially some women can enjoy having a pushover nice guy that she can lead around by his nose (or other parts of his body further to the south) and get him to do whatever she wants. Yet, in reality, a woman want a man who will treat her well and with respect and most importantly, respect himself enough to not allow her to behave in a disrespectful manner towards him. She wants that guy who truly is a powerful man that she can lean on, trust, respect and lust after. She wants to be the one who is always on her toes trying to make sure that she doesn’t lose him. It’s not supposed to be the other way around. It is the you (the man) who is supposed to be “in charge” of a male/female relationship. You are a good guy, but you are ALSO a confident, masculine man…and that is exactly what she’s talking about when she says she wants a “nice guy.”

If you don’t understand that, then you are simply reading into the word “nice” too literally. Being a “nice guy” is not about being a super nice guy; it’s about being the complete package (you’ll learn how to be the “complete package” when you invest in our programs and get the education you need about women, dating, relationships, attraction and being a real man), while ALSO being a good guy.

Of course when you’re dating a woman, you will occasionally want to get her input on things you do as a couple but, in general, it’s up to the man to steer the dates and the relationship – not the woman. However, too many insecure guys will ask their lady’s “permission” on virtually everything. He’ll ask her where they should go out to dinner, what movie they should see, whether or not she likes what he’s wearing, how his apartment looks, how often they should see each other and so on.

In short, he acts as if she’s his mother and he is constantly seeking her approval.

Mistake #3 – Trying to Buy Her Affection

Sure, occasionally during your long-term relationship you might want to give her a gift on special occasions like birthdays, anniversaries, holidays and so forth. However, if you’re always buying her lavish gifts, taking her away on expensive vacations, going out to only the most exclusive clubs or restaurants or otherwise trying to “buy” her affection, then you are showing how insecure you are. She will pick up on it, wonder why you feel all of this is necessary to keep her attraction and, although she might not tell you (because she’s enjoying the “red carpet treatment” so much), she will be turned off at a deep level.

Money shouldn’t play a major part in your dating life. It doesn’t matter if you have the money and can afford to spend it on her or not. The best “gift” you can give her is being yourself and spending time with her. You should be able to “entertain” her and keep her happy as much with a fun afternoon in the park, watching TV or “fooling around” in the bedroom as she would have getting all dolled up for an expensive night on the town. Heck, my girlfriends are so delighted to be spending time with me that many of them are happy to sit there and watch me play Xbox for hours. Most women HATE when a guy plays computer games in their presence because they feel like the guy is wasting time and not getting out there in the real world to become the best man he can be, but my girls put up with it because they I work very hard. They also know that if they whinge and complain, I can replace them with another girl in a minute, so they are on their best behavior at all times. Additionally, while playing Xbox, all I have to say is, “Coffee” or “Where’s my coffee, baby?” and it will be made for me with a big smile and a kiss.

Remember, YOU are her greatest gift! However, if you show her that you feel as if you need to constantly “buy her affection,” she’s eventually going to realize that she needs a man, not gifts, to make her truly happy. If you don’t value who you are, she won’t either. You are valuable whether you spend a cent/penny on her or not. Don’t waste money and turn women off by making the mistake of trying to buy a woman’s affection. You are her greatest gift.

Of course when you pick a woman up for a date or watch her walk towards you at the designated meeting place, you’ll likely see how much effort she put into getting ready to be with you. You should tell her how hot she looks and, NO, that doesn’t give her any power. However, if you spend the rest of the date constantly complimenting her on her looks, her intelligence, her wit or any other attribute she has exhibited, you’re only showing how inexperienced you are by giving her all the power. When a woman sees this type of behavior from a man, she usually assumes that he’s giving her so many compliments and is so amazed because she is the first exceptional woman he’s had a chance with.

Sure, everyone likes the occasional, sincere compliment, but if you start spewing them constantly throughout your date, she’s going to feel like there is a huge value discrepancy between you and her and she’s basically doing you a favor by going out with you. When a guy notices that a woman has picked up on this, he then starts to act nervous and feels like he is losing her. It’s a vicious cycle of insecurity and desperation that almost always lead to failure.

Mistake #5 – Asking Permission to Kiss Her

Picture this…you’ve been out on a great date with a beautiful woman. You’ve laughed together, enjoyed each other’s company and had wonderful conversations. Everything is going so well. She may have even leaned against you for a lingering moment or “accidentally” stroked you softly with her hand sometime during your date. Now that the evening is ending, you’re both moving in closer and speaking more quietly and intimately. Yet, instead of taking her into your arms and kissing her, you stop and ask her permission for you to get a kiss! What?!

Not only have you KILLED the mood, but chances are she’s going to see that your reason for asking for a kiss is not so much about you being a “gentleman,” but more about the fact that you are a wuss when it comes to women. You’re a man and you should be able to read her body language. You should KNOW when you should take her hand as you walk, stroke her back when you’re talking, rub your body against hers when dancing or any one of a dozen other ways of showing what a sexual being you are.

This isn’t the 1950s where boys asked girls for permission to give them a goodnight kiss at the doorstep. We’re in the 21st century and women are much more sexual and actually EXPECT that the man they’re dating is going go in for a first kiss and possibly even lead her to the bedroom without first asking her permission. If you don’t know how to escalate to kissing and sex, I recommend you watch Dating Power.

Mistake #6 – Getting Too Serious Before She’s Earned it

You’ve been on a date or two and had a great time. You think about her all the time when you’re apart and you’re sure that you want her as your girlfriend, possibly even for her to be your wife. However, if you’ve only been dating a short time and you blurt out how you’ve already decided that you want to “spend the rest of your life with her,” after only a couple of dates, one of several things is likely to happen. You’re going to scare her off, make a fool of yourself or give her the knowledge that she has you wrapped around her little finger and, again, you’ll show her how insecure you are and that SHE is the one who has the relationship power.