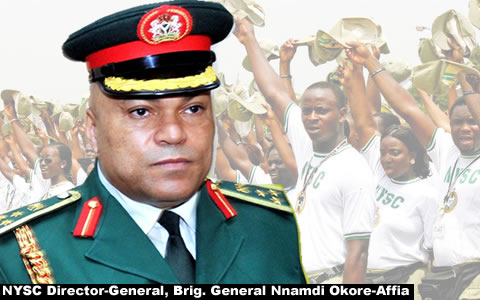 Nzegwu, who had the accident before the 2011 general elections, is claiming N10m as exemplary damages and N50m for general damages – a copy of the court processes shows.

Nzegwu, who is a 2009 graduate of Nnamdi Azikiwe University, Awka, Anambra State, was an Assistant Registration Officer (ARO II) with INEC in Opobo, Rivers State and was returning from there to her base at Community Secondary School, Umuozoche in Etche Local Government Area of Rivers State, at the end of the voters’ registration exercise, when she had the accident on February 6, 2011 sustaining injury on her right leg.

The plaintiff in a statement of claim filed by her lawyer, Okechukwu Okpala, at a Federal High Court in Port Harcourt, averred that both the NYSC and INEC officials abandoned her and even failed to contact her family members for the period she was under admission in the hospital.

She said despite repeated appeals for help, the NYSC and INEC officials failed to assist her, adding that she could only walk with the aid of crutches.

Nzegwu therefore demanded that the insurance policy for corps members during the 2011 general elections, be activated for her benefit.

A British lady who lost her husband to her own mother who then had a child for him has said she will never forgive her. The...
Read more