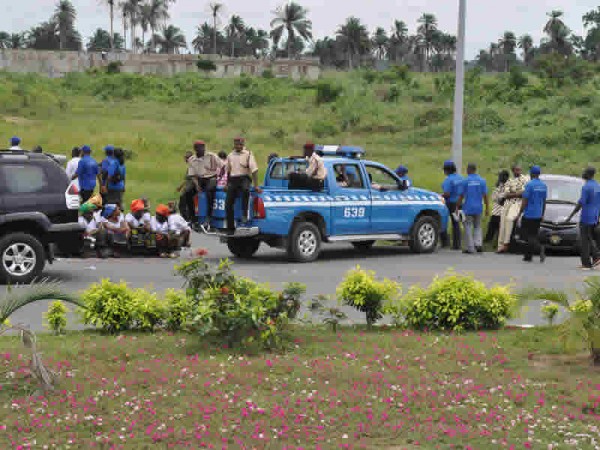 Members of the Federal Road Safety Corps (FRSC) are set to deploy undercover operatives in commercial vehicles to monitor the behaviours and assist in the arrest of reckless drivers. This is part of its efforts to check the rate of road crashes during this year’s ember months.

This was made known by the FRSC Unit Commander for Ijebu Ode, Mr. Issa Seidu, who made it known on Wednesday during the commencement of the 2012 end-of-the-year campaign and rally. Seidu said the Passenger Road Watch was one of the two key issues introduced by the corps into this year’s ember months’ campaign.

According to him, “We have decided to incorporate into this year’s campaign two key issues. The first of this is Beyond the Road Project that will focus on the driver’s state of health and behaviour and to make him fit as road users through checks for high blood pressure (BP) and sugar level, while the Passenger Road Watch will involve plain clothes operatives of the corps travelling in commuter buses.

This Passenger Road Watch, Seidu continues, “Would monitor the drivers’ behaviour in the course of the journey, caution them and if the driver refuses to yield to his advice, he will immediately alert the nearest FRSC Patrol Team along the route for the arrest of the driver.”