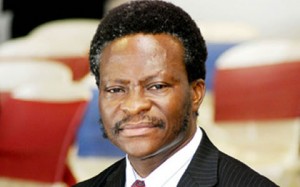 Director-General, Nigerian Civil Aviation Authority (NCAA), Dr. Harold Demuren, has said that the Federal Government is set to install monitoring devices on all aircrafts flying in the nation’s airspace. The devices will enable the authorities track abnormalities in their performances whenever they are flying.

The new equipment, called Automatic Flight Information Reporting System, will enable the NCAA record and monitor abnormalities encountered by airplanes during flights from a remote centre. Demuren, who made the disclosure at the Murtala Muhammed Airport, Lagos on Thursday during the inaugural flight ceremony of a new domestic carrier, MedView Airlines, said the new device would serve as a backup in the event of loss of data contained in aircraft’s black boxes.

This move is a vital one, especially as it is coming on the heels of the loss of data contained in the black box of the Dana Air plane that crashed in Iju area of Lagos on June 3, 2012, killing 163 people. The data loss has adversely affected investigation into the cause of the dual engine failure experienced by the ill-fated Dana flight. According to the NCAA boss, the regulatory agency will make the installation of the new device in aircraft a compulsory requirement for all domestic airlines, adding that it would be included in carriers’ minimum equipment list.