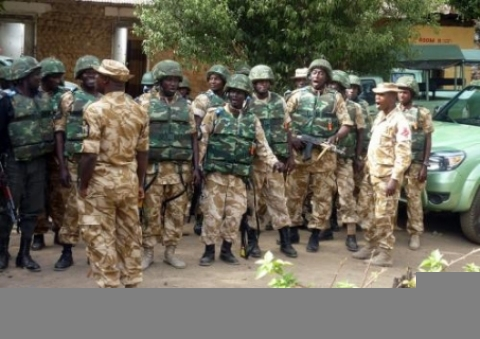 Explosions and gunfire today (Tuesday) rocked Gashua, a town in Yobe state, and prompted a military deployment, but there were no immediate reports of casualties, residents and the army said.

According to the military, troops had deployed to the town where the Islamist extremist group Boko Haram has previously carried out waves of deadly attacks.

“There have been explosions and gunfire throughout the town. It all began around 3 am and lasted up to six in the morning,” one resident told AFP.

He said the unrest and heavy presence of soldiers had forced residents to remain in their homes.

Another resident said military patrols could be heard in the streets after the shooting and blasts stopped.

“The explosions and shootings started around three and continued for almost three hours,” he said. “Everybody has remained indoors.”

“Our troops have deployed to Gashua this morning, but I can’t tell you the situation in the town now,” he said.

The northeast has been hard hit by deadly attacks blamed on Boko Haram, leaving hundreds of people dead and prompting a heavy army deployment.

Violence linked to the sect is believed to have left more than 2,800 people dead since 2009, including killings by the security forces.[AFP]