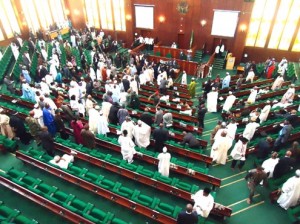 House of Representatives Committee on Petroleum (Upstream), yesterday, summoned the Minister of Petroleum Resources Mrs Diezani Allison-Madueke, over the ministry’s huge allocations for rents in the ministry’s 2013 budget proposal.

Members of the committee were miffed that funds proposed for rents in the 2013 budget for agencies’ in the ministry amounted to over N1 billion, besides a billion naira earlier ‘wasted’ by the ministry in acquiring a property that was later revoked.

The Committee, chaired by Ajibola Muraina (PDP-Oyo), at the budget defense meeting with Nigerian Extractive Industries Transparency Initiative, NEITI, observed that several agencies in the oil sector still appropriated several billions of naira as rents in their annual budget, instead of striving to have their own buildings.

Ajibola wondered why government ministries, departments and agencies, MDAs, could not agree among themselves to do the right thing out of patriotism.

He lamented how the Department of Petroleum Resources (DPR) lost over N1 billion spent on a piece of land only for it to be revoked by the Federal Capital Development Agency, FCDA.

“It baffles me why these Ministers find it difficult to interact and resolve these land matters amicably. NEITI is saying it has applied several times for land in the FCT without success. This is unbelievable,” he said.

He said the Minister for Petroleum, Mrs Diezani Allison-Madueke, should work hard to ensure that most of the agencies under her ministry got land for their permanent office buildings instead of paying billions of naira as annual rents.