Home Metro News I don’t think we have a team that can win the 2013...
Facebook
Twitter
WhatsApp 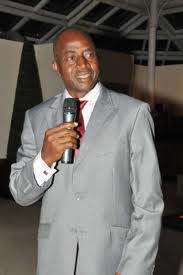 Chief Odegbami, was speaking in Lagos during a press briefing to usher in the 2013 NNPC/Shell Cup for All Nigeria Secondary Schools Football Championships. He spoke on the chances of the Eagles against group mates Zambia, Burkina Faso and Ethiopia as well as in the entire competition.

According to him, “I think Keshi should concentrate on building the team which he is already doing by blending the local players with the Europe-based ones. I don’t think we have a team that can win the 2013 Nations Cup yet,” he said.

He said that by blending the players from the local league with their foreign-based counterparts, Keshi was on the right path of building a team that Nigerians would be proud of, not necessarily for the 2013 Nations Cup. He added that, “if they go on to win the Nations Cup in South Africa, that would be a bonus. The team should be strong enough to win the 2015 Nations Cup.”