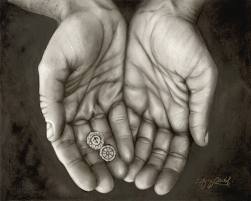 One Aminat Aliyu, 48, a beggar, was arraigned by the police in Lagos on Wednesday before an Oshodi Magistrates’ Court in Lagos for allegedly absconding with N250,000 belonging to one Malam Ya’u Yusuf and 11 other beggars. The accused who resides at Carol market, Oshodi, is facing a two-court charge of obtaining money under false pretences and stealing.

Police prosecutor, Cpl. Kehinde Olatunde, told the court that the accused committed the offence sometime between August and October at 17, Araromi St., Oshodi. He said that the accused obtained N250,000 from her victims at Araromi and Cairo markets respectively. Olatunde said that Aliyu collected the money under the false pretence of helping them to keep it till when it would be needed .

According to the police prosecutor, “The accused collected various sums of money in the name of contribution from the physically challenged beggars… The beggars have been contributing money they have been receiving from people from August to October to the accused for safe keeping,” he said.

Olatunde said that the accused converted the said money to her own use. The prosecutor said that the offence contravened sections 285 and 312 of the Criminal Code, Laws of Lagos State, 2012. When the charge sheet was read to her, Aliyu pleaded not guilty. The magistrate, Mrs M.R. Osho-Adebiyi, granted the accused bail in the sum of N100,000 with two sureties in like sum.