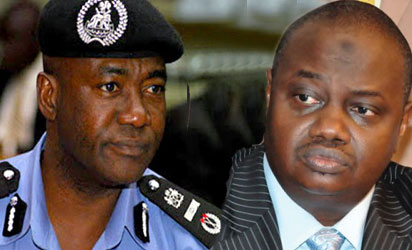 Nigeria’s anti-graft agency, the Economic and Financial Crimes Commission (EFCC), has expressed its frustration over the difficulties faced in trying to convict corrupt government officials.

The Chairman of the Commission, Mr. Ibrahim Lamorde, on Thursday gave reasons the agency could not secure conviction of treasury looters. He was appearing before the Senate Committee on Drugs, Narcotics and Financial Crimes in Abuja to defend the commission’s budget.

Mr. Lamorde complained that the judiciary is the main culprit hindering the EFCC from prosecuting the big thieves. According to him, this year alone, the agency has recorded not less than 200 convictions; but these are mainly advanced fee fraud (aka 419) and yahoo-yahoo suspects. He said that the “big theives” use the country’s convoluted judicial system to frustrate trial.

In his words, “This year alone, we recorded over 200 convictions in various courts across the country, but they are mostly advance fee fraud, we have the yahoo yahoo, we have the commercial cases, we have the executives of financial institutions that are involved in currency trafficking.

But, concerning the cases that most people are interested in their conclusion, the “big theives” whose cases are before the Supreme Court, Lamorde has this to say: “Unfortunately, these are people who have the resources to drag these cases indefinitely and perpetually. That is why we have established a very strong Assets Forfeiture Unit. The first thing we do now is that we try to recover and confiscate the assets of individuals that we are investigating because it is only when you deprive them of their resources that you will be able to force them to stand trial. Once they have access to their resources and assets, they will use it to continue to delay and drag some of these trials.”