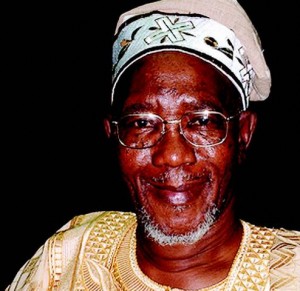 Alhaji Lamidi Onaolapo Adesina, a former Governor and elder statesman of Oyo State is dead. Adesina, who was governor of Oyo state between 1999-2003 died in a Lagos hospital after a protracted illness.

The late politician’s demise was announced on Sunday.”Lam”, as he was fondly called by his admirers, before ruling in Oyo State between 1999 and 2003, was a member of the Oyo State House of Assembly in the Second Republic.

He was until his death the leader of the Action Congress of Nigeria (ACN) in Oyo State. He was seen as one of the strong pillars that held the party’s members together. His remains will be buried today at his Felele residence according to Islamic rites.