Late veteran actor Akintola Ogungbe who died on Wednesday at the age of 78 left behind 20 wives and about 50 children. 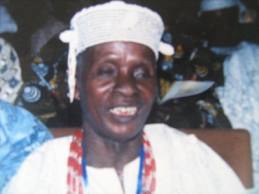 The late actor started his acting career in a dancing theatre troupe which he founded. He was known to be randy, and he got married to the women who were used as dancers and actresses. The troupe, his associates recalled, used to move from one town to another to perform shows.

No one can say for sure if the late actor had more wives than twenty, but twenty are the ones identified for now as his wives scattered all over the country have been visiting the Ogungbe’s compound in Iberekodo area of Abeokuta to condole with the family.

A Dele Odule-led planning committee is working assiduously on giving the veteran actor a befitting burial, and has even gotten the support of the Governor of Ogun State, Senator Ibikunle Amosu, has pledged to be there for the committee.