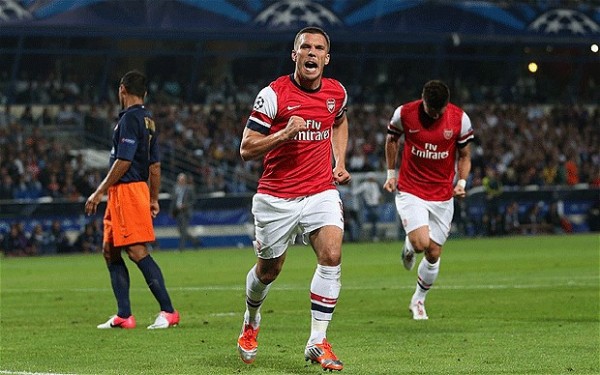 Lukas Podolski has joined his teammate Theo Walcott, as the lastest player who feels that he is being played out of position. Podolsky revealed that he is not happy playing on the wing for Arsenal.

The German, who arrived from Cologne this summer, has been deployed on the left of Arsene Wenger’s preferred 4-2-3-1 formation, but says he would rather play up top.

According to the 27-year-old, who has scored four goals for the Gunners, “I’d rather play as a central attacker… On the left I have to do a lot of defensive work, constantly running up and down. I am not a classical winger.”

Coach Arsene Wenger now has more problems to deal with as the Theo Walcott issue about a desire to play as a centre forward as well has not been settled. As it is now, Wenger has opted for either Gervinho or Giroud to play in that position.