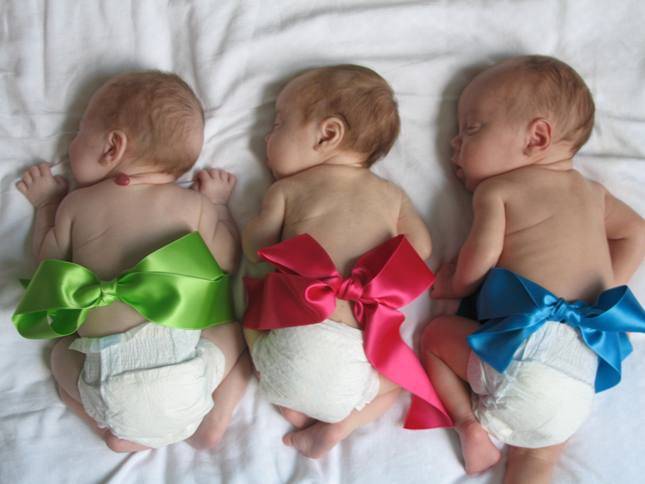 Yemi Oyeniyi, a 33-year-old auto-mobile mechanic has absconded after his wife Esther gave birth to triplets in Abeokuta.

Oyeniyi became uncomfortable four months ago shortly after scan results showed that his wife was carrying three babies. The couple had two children before the triplets.

Sources say the woman was delivered of the babies who were all females last Monday and that their naming ceremony was organised by the family’s church members.

The mother of the triplets while speaking at Ogun State Hospital, Ijaye, Abeokuta, yesterday said her husband started behaving strangely when he got the result of the scan on June 3, 2012.

Esther Oyeniyi, 27, who is a teacher at a private nursey and primary school in Abeokuta, said her husband’s behaviour before her delivery became worrisome to her making her to relocate to a church at Okeyidi, also in Abeokuta.
She said she was admitted to the State Hospital, Ijaiye, Abeokuta on October 19,2012 after she had been taken there by the church authority, and later put to bed on October 29,2012.

The mother of the triplets lamented that, since Oyeniyi left their Okeyidi matrimonial home, his mobile phone had been switched off.

She said the church organised the naming ceremony, as neither the runaway husband nor any member of his family who reside at Iganna, Oyo State was available.