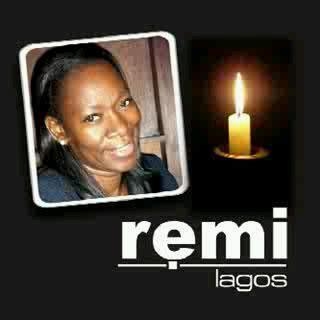 The designer (real name, Oluremi Osholake) died on November 3, 2012 after losing a long battle with cancer.

Her lying-in-state took place yesterday, November 15, 2012 at JH Kenyon, 83 Westbourne grove W24UL in London. Her funeral follows today at the Golders Green Crematorium in London, where she will be cremated.

Award-winning journalist, Funmi Iyanda has launched a mini campaign to build a memorial website for her departed best friend.

In view of this, friends and fans of the fashion icon have been encouraged to visit the cinemas on Monday, November 19, 2012 on Remi’s final ‘Monday cinema nite’, and take pictures of themselves dressed in black.

These pictures it was gathered will be posted on the memorial website among other things.